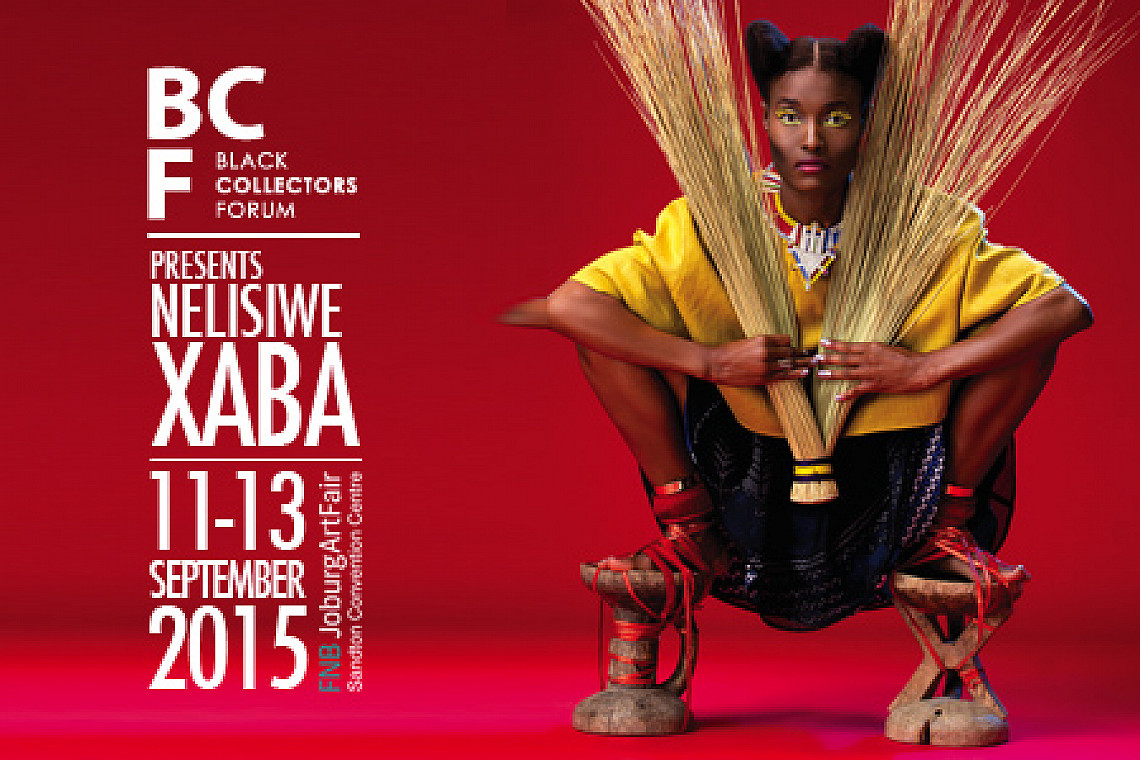 Born and raised in Dube, Soweto Nelisiwe Xaba began her vibrant career in dance almost 20 years ago. In the early 1990s she received a scholarship to study at the Johannesburg Dance Foundation, as well as the Rambert School of Ballet and Contemporary Dance in London. Returning to South Africa in 1997, Xaba joined Pact Dance Company and later launched her solo career, and began working with a variety of esteemed choreographers, including Robyn Orlin. Since then Xaba has been involved in various multi-media projects, collaborating with visual artists, fashion designers, theatre and television directors, poets and musicians.

“I’VE ACCEPTED THE FACT  THAT I AM [SEEN AS] A QUEEN OF EXOTICISM & THE EXOTIC...I HAVE TO BE A FEMINIST, EVERYDAY SHOULD BE A PROTEST DAY.”

The Black Collectors Forum showcase of internationally acclaimed artist, Nelisiwe Xaba’s performance piece entitled ‘Urban Mermaid’ on the opening night, 10 September @ 19h45, is brought to you in partnership between BCF and Goodman Gallery. She will be performing the same piece again on Saturday 12 September @ 12h00.

Black Collectors Forum will also be hosting a talk program themed, Art Patronage and Economics, 11th September @ 16h20. Performance and Film is one of the key themes of this year’s Joburg Art Fair, and in showcasing Nelisiwe Xaba’s performance piece, in a ‘black tube’ we aim to explore the complex intersection of artistic and commercial practices in contemporary art. The event will be facilitated by Andile Magengelele, independent contemporary art curator and an art broker and will be joined by a stellar line up of speakers who share a passion for art.

The speakers will include:

The event is part of an on going art program in a series of events by the Black Collectors Forum on issues pertaining to the contemporary art market. Our participation in this year’s Johannesburg Art Fair forms part of our broader strategy of ‘widening access’ of the art market’. Art fairs provide an important platform where people are less intimidated around art and this would be an ideal platform to showcase performance art.