Lady Skollie was born in 1987 in Cape Town, South Africa. She currently lives and works in Johannesburg, South Africa. The artist uses ink, watercolour and crayon to create playfully sexual paintings, filled with bright colours, symbolic fruit, and all the joy and darkness of the erotic. Her work is simultaneously bold and vulnerable, expressing the duality of human sexuality. She is passionate about defying taboos and talking openly about issues of sex, pleasure, consent, human connection, violence, and abuse. Her work has been exhibited widely across South Africa. Recent solo exhibitions include Lust Politics, Tyburn Gallery, London, UK (2017), Fire with Fire, solo project at FNB Joburg Art Fair, Johannesburg, South Africa (2017), and Mating Dance, solo project at AKAA Art Fair, Paris, France (2017). In 2017, along with Tschabalala Self and Abe Odedina, the artist contributed artwork for the stage design of a gala performance of The Children’s Monologues, a benefit held by the charitable organisation Dramatic Need, directed by Danny Boyle and held at Carnegie Hall in New York, NY, USA. She has been featured on BBC Africa and CNN International on African Voices, as well as on the BBC World Service’s online and radio series In The Studio. 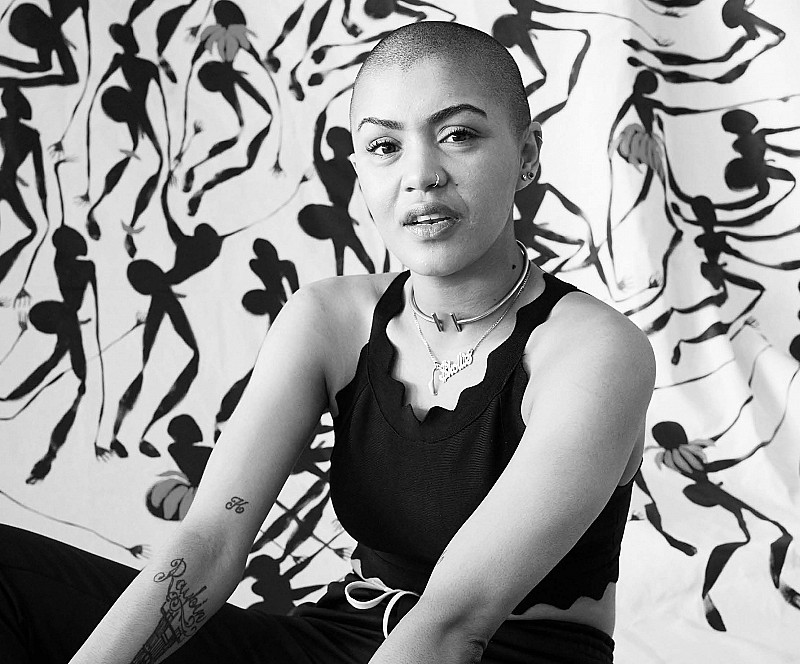