Egyptian born, New York based Amer views herself primarily as a painter, but has produced worked in a variety of media including: ceramics, site-specific garden works, photography, printing, drawing, installation, and performance. Amer trained to be an artist at Villa Arson, Nice, France. Her work has always explored ideas related to women, femininity, and gender roles. Amer continuously allows herself to explore the dichotomies of an uneasy world and confronts the language of hostility and finality with unsettled narratives of longing and love. She has shown extensively all over the world, including the Istanbul, Johannesburg, Whitney, Gwangju, Sydney and Venice biennales; in major travelling shows such as The Short Century; Looking Both Ways: Art of the Contemporary African Diaspora; and Africa Remix. She has exhibited at P.S. 1 in New York and SITE Santa Fe, and in 2008 the Brooklyn Museum hosted Love Has no End, a retrospective of twenty years of Amer’s work 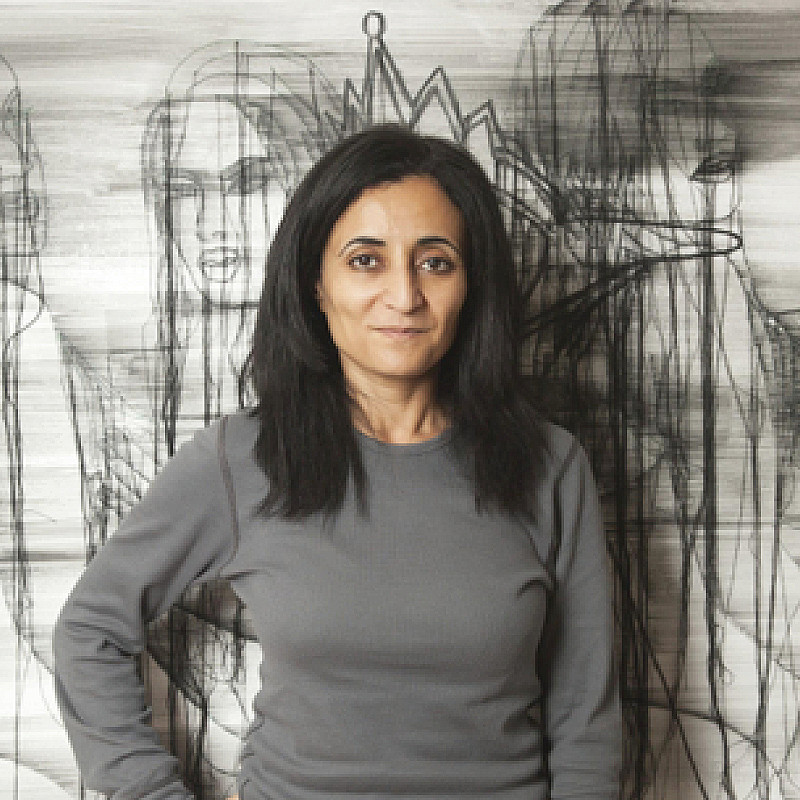